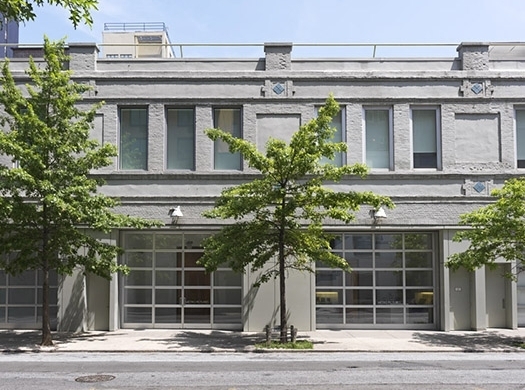 
In accordance with New York State’s guidelines we require all guests to wear a mask and practice social distancing when at the gallery. The safety of our visitors and staff is of utmost importance. Reservations are not required but are recommended. Schedule your visit by clicking here.

Metro Pictures was founded in 1980 by Janelle Reiring, formerly of Leo Castelli Gallery, and Helene Winer, formerly of Artists Space, at 169 Mercer Street in New York. The gallery’s inaugural exhibitions featured artists such as Cindy Sherman, Robert Longo, Troy Brauntuch, Jack Goldstein, Louise Lawler, Sherrie Levine, James Welling, Richard Prince, and Walter Robinson – artists who would later be identified by critics and historians as Pictures artists. Many of them were prominently included in the Metropolitan Museum of Art’s 2009 exhibition "The Pictures Generation.” In 1982 the gallery presented the first New York exhibition of Mike Kelley soon followed by shows of John Miller, Jim Shaw, and Gary Simmons – artists who would elaborate ideas proposed by the California conceptual artists with whom they had studied at CalArts. In 1983 the gallery relocated to 150 Greene Street. During this period, René Daniëls and Martin Kippenberger had their first exhibitions outside of Europe at the gallery. Metro Pictures moved to its present location in Chelsea in 1997 and in 2016 1100 Architects renovated the gallery with an award-winning new design. Newer generations of artists have continued to expand the gallery, including Andreas Slominski, Olaf Breuning, André Butzer, Isaac Julien, David Maljkovic, Paulina Olowska, Trevor Paglen, Catherine Sullivan, Sara VanDerBeek, Tris Vonna-Michell, B. Wurtz, Alexandre Singh, Camille Henrot, Nina Beier, Oliver Laric, Judith Hopf, and Cui Jie. In 2020 the gallery announced representation of Latifa Echakhch and the Gretchen Bender Estate.